One small step for Man, one giant leap for NFTs?

On January 13, 2021, WISeKey launched its first WISeSat pico satellite via SpaceX's (*) Falcon 9 rocket as part of the Transporter 3 mission to generate the first NFT from space.

The NFT will be captured by the WISeSat satellite station in La Linea in south of Spain and minted on WISe.ART NFT Marketplace.

Pierre Vannineuse founder and CIO of Alpha Blue Ocean said “Alpha Blue Ocean would like to praise this technological hardware and software achievement by WISeKey‘s teams. It will allow the NFT ecosystem to evolve towards a truly global constellation by generating the first NFT from space! We are over the moon to have participated in the financing of WISeKey in order to achieve this goal and to see that it has garnered the support of industry giants such as SpaceX (*) which aims to facilitate humanity’s conquest of space!"

This operation is the result of recent strategic investments, in particular a stake in FOSSA Systems, the group headed by Julian Fernandez. The WISeSat satellite is a security-hardened FOSSASAT-2E satellite designed to further drive down satellite costs for the already-small CubeSat size.

Amine Nedjai, CEO of Alpha Blue Ocean and all the team would like to congratulate Team WISeKey for this latest achievement which has already entered the annals of history.

Created in 2017, Alpha Blue Ocean is a pioneer and leading stakeholder in alternative finance in Europe, particularly in the life science and technology sector. Over a four-year period, the group founded by Pierre Vannineuse has committed to over €1.5 bn in financial engagements, with the majority invested in cutting-edge industrial technology projects.

For further information or to request an interview with an Alpha Blue Ocean executive, please contact the press office: pr@abo.co

“(*) SpaceX was created by the entrepreneur Elon Musk that is also known for multiple other high tech and high stake endeavors such as Tesla Inc. (TSLA: US), The Boring Company, X.com - now part of PayPal Holdings Inc. (PYPL: US) -, Neuralink, OpenAI & Zip2 but also known as a key opinion leader within the world of cryptocurrencies and NFTs.”

The original source-language text of this announcement is the official, authoritative version. Translations are provided as an accommodation only, and should be cross-referenced with the source-language text, which is the only version of the text intended to have legal effect. 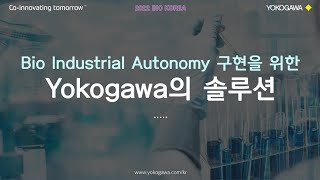