The Group is ranked in the Corporate Knights Global 100 Most Sustainable Corporations, and the Carbon Disclosure Project (CDP) ‘A-List’
The rankings were announced on the opening day of the annual World Economic Forum in Davos 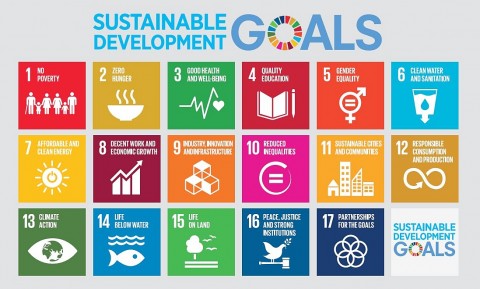 SEOUL--(뉴스와이어) 2020년 02월 25일 -- Schneider Electric, the leader in digital transformation of energy management and automation, has been given two significant rankings - the top place among the Global 100 Most Sustainable Corporations ranking of Clean Capitalism magazine Corporate Knights, and a place on the Carbon Disclosure Project (CDP) “A-List” for the ninth consecutive year. The rankings were announced on the opening day of the annual meeting of the World Economic Forum in Davos, where environmental sustainability is a dominating issue.

Recognition on environmental and ethical indicators

Schneider Electric was ranked among the “Global 100” most sustainable companies by Corporate Knights for the seventh year running, coming 29th overall and the first in its category. More than 7,500 companies were evaluated to produce a list of Global 100, based on 21 key performance indicators covering resource management, employee management, financial management, clean revenue and supplier performance.

Schneider Electric was also ranked on the CDP “A-List” - among just 179 other companies - for the ninth consecutive year. The CDP’s disclosure and scoring process is seen as the gold standard of corporate environmental transparency, and the go-to source of sustainability information for customers and investors. Schneider Electric was recognized for actions to cut emissions, mitigating climate risks and contributing to the development of low-carbon economy.

Both rankings recognized Schneider Electric’s engagement to sustainability, as measured through the Schneider Sustainability Impact (SSI). The SSI, which is published quarterly and is a valuable source of information for investors, rates the company’s progress towards ambitious sustainability commitments through 21 key performance indicators around Climate, Circular Economy, Health & Equity, Ethics and Development. Renewed and updated for 2018 through 2020, the company had increased targets on nine of these indicators at the end of 2019.

“The climate emergency and the related management of economic risks are our generation’s biggest challenge. We must rethink the way we live with energy, the way we design buildings, industries and cities, and leverage technology to embark on a different path to a net zero carbon world. These issues are key and should be high in the agenda of this year’s World Economic Forum,” commented Schneider Electric CEO and Chairman Pascal Tricoire. “At Schneider Electric, our commitment to carbon neutrality is weaved into our business decisions and governance. However, we all need to do more and faster. The recognition of our efforts by both the CDP and Corporate Knights is a very positive step and gives us a boost.”

In 2019, Schneider Electric built strong momentum in its efforts to promote sustainability and inclusion. In August 2019, the company joined the OECD’s Business for Inclusive Growth (B4IG), a partnership of 34 multinational companies committed to advancing human rights, building inclusive workspaces and strengthening inclusion across their business ecosystems. Through B4IG, Schneider Electric will grow its Social Innovation to Tackle Energy Poverty initiative, which currently supports 42 projects and directly benefits more than 40,000 people.

In September, Schneider Electric announced at Climate Week NYC that it was accelerating its 2030 goal to demonstrate carbon neutrality in its own ecosystem by five years to 2025, to achieve net-zero emissions by 2030, and to engage with all suppliers for a carbon neutral supply chain by 2050. These commitments were reaffirmed at the Madrid COP25 in December.

The group has underscored its commitment by linking financial incentives of more than 50,000 employees and nearly 3,000 senior managers to achieving sustainability targets, ensuring that the group’s ambitions - and rewards - are shared across the company.

Schneider Electric’s efforts were reflected in other rankings including the Dow Jones Sustainability World Index for the seventh consecutive year, the FTSE4GOOD Environmental Leaders Europe 40 index, an AAA ranking with American investment company MSCI, and inclusion in the Vigeo Eiris World120, Europe120 and France 120 indices among the highest-ranking companies in terms of corporate responsibility achievements. 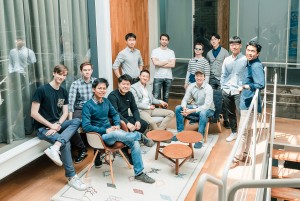